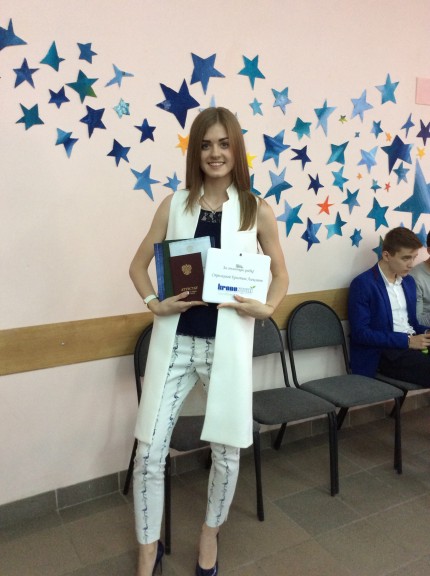 44 graduates of schools in Egorievsk were awarded medals by the Russian Federation “For Academic Excellence” and received prizes from the Head of Egorievsk region. The awards ceremony took place on 26 June 2015 in the Great Hall of the Art and History Museum with a Kronospan delegation attending.

The Head of Egorievsk region Alexander Grechishchev told the pupils: “Each one of you has achieved this success as a result of your enormous dedication to study, our experienced teachers and the support of your parents”. He stressed that the contribution of each party is vital in achieving such results. Mr. Grechishchev expressed his hope that the graduates will return to their hometown on completion of their education and contribute to the development of Egorievsk and the whole of the Moscow region.

Honoring of highest achieving pupils in Egorievsk has become a tradition. Another tradition is the presentation of gifts by Kronospan employees to the most diligent pupils of the sponsored school: for excellent study, active involvement in school life and sporting achievements.

In addition, for the second year, Kronospan has taken part in making awards to graduates in Elektrogorsk. Two alumni received digital tablets for their academic studies this year.