The CEO of FALCO Zrt, - Mr. Tibor Novák received the title "Material Efficient Company", on the 10th anniversary of the Virtual Power Plant Program (VPPP) in Hungary. The event was under the patronage of President János Áder, at the Hungarian Parliament Building

FALCO Zrt. was one of the first companies to achieve such a success in the Virtual Waste Landfill Program, launched this year as a co-project of the Virtual Power Plant Program (VPPP), and both in a professional and in an ideological sense could be seen as a direct continuation of the awards received in 2018 (Energy Conscious Company) and 2019 (Energy Efficient Company).

The Virtual Landfill Program is a preventive, credible and internationally recognised innovation program based on the prevention, reuse and recycling of waste without landfilling.

The program has an indicator target of redeeming one million tonnes of waste going otherwise to landfill by 2030 and to promote its diversion to the circular economy. The National Climate Protection Alliance, set up on the idea of the owner of the VPPP, will involve the country's counties and the Hungarian Innovation and Efficiency Non-profit Ltd (Mi6), which operates the Virtual Power Plant, to create a country-wide sustainability network in the coming years.

"Our Earth, our Community, our Responsibility" – FALCO 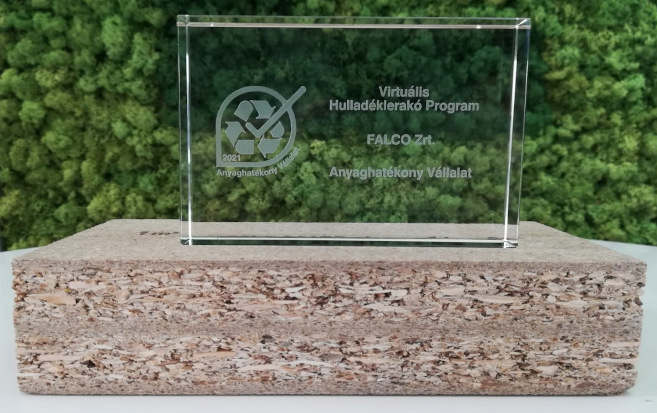